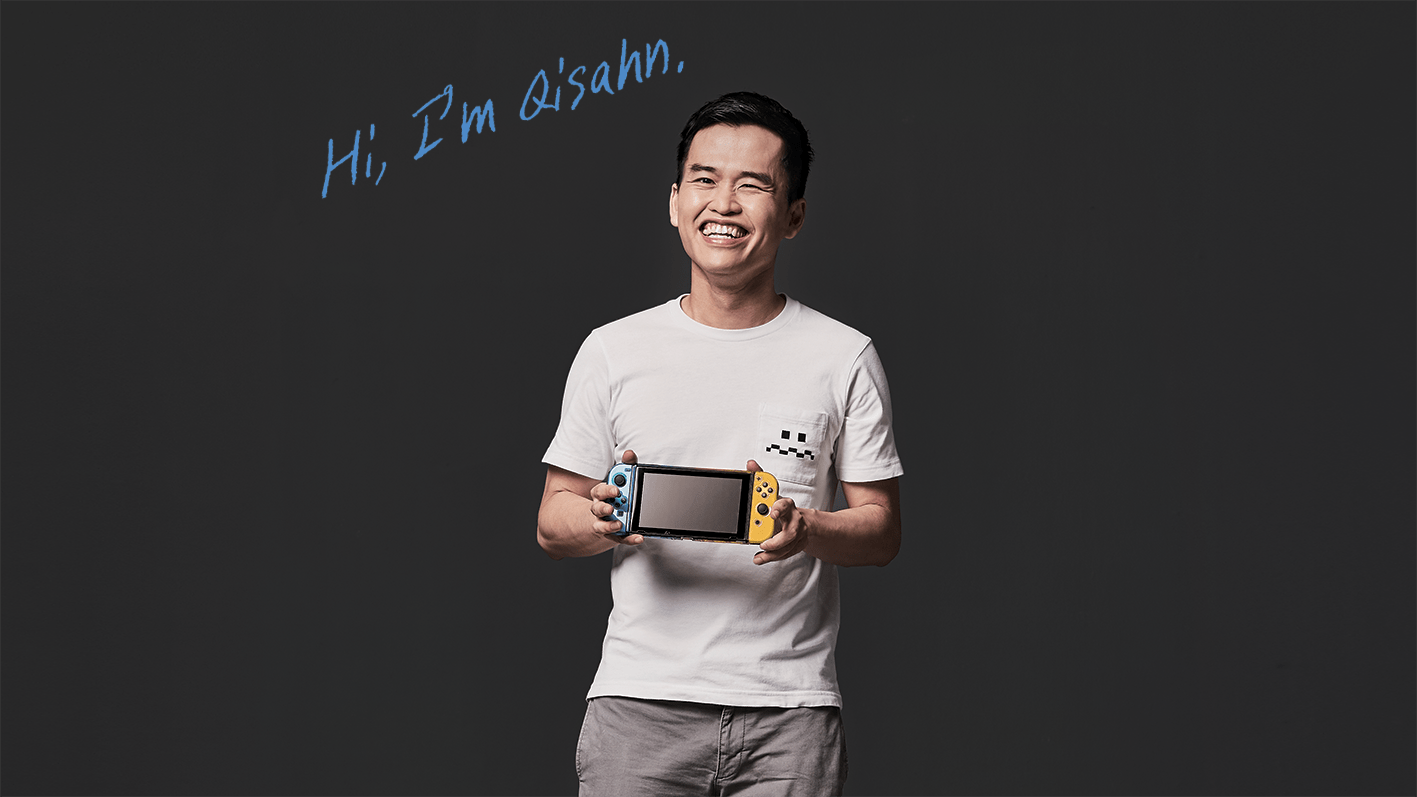 The Seller Sessions are a series of interviews with merchants to better understand how they think, as well as the unique ups and downs they face.

Qisahn is part of our campaign to showcase some of our Power Sellers. Get to know more about him and the other sellers at this link!

Being a video game retailer isn’t as effortlessly profitable as it once was.

It’s a refrain that keeps finding its way back into our 50-minute conversation, as I learn about his journey being a retailer, on and offline.

Amongst video game retailers, consumers won’t find much of a price difference in products, especially for freshly released titles. This narrow price range comes as a natural effect of stiff competition and price control by distributors. But what customers see as a $1-2 difference between shops can mean a much bigger difference in profit of 30-50% for retailers like Qisahn (for those unfamiliar, this isn’t a typo. Qishan is the name of the founder. Qisahn is the name of his shop.)

“Because I’m selling products that are very established, the challenge is not so much in stocking the product. It is in making sure I sell everything I buy, because my margins are so low. Bringing in 10 units and not managing to sell just one of them can mean making a loss for that entire purchase.”

Competition is rife, especially with e-commerce platforms greatly lowering the barriers to becoming an online seller. Qishan, however, isn’t too concerned, saying that the industry’s thin margins will automatically do the job of flushing weaker sellers out of the game.

According to him, entrepreneurs who witness game retailers making thousands of dollars out of the launch of a new title get tempted to join in the fray, even when they know they aren’t earning much from each unit sale. Many are also very willing to undercut established retailers like Qisahn, to make a few quick bucks.

“That works,” Qishan says, “until you bring in a game that flops.”

Not all Triple-A game titles live up to their hype and expectations. 2019 has seen at least three disappointments, and counting. With such flops, rather than losing the $5 or so that they were supposed to make, Qishan shares that retailers lose something like $40-50 per copy not sold.

“And then they go ‘Oh shit.’,” he says of the wannabe retailers, when they realise they’ve lost their 5-figure investment.

From enemy to fr- frenemy…??

Qishan learned the hard lesson never to underestimate his competition. When e-commerce platforms first gained traction in Singapore, he refused to put Qisahn onto those platforms. He reasoned that his brand had already cornered the gaming market, owning the title of lowest game prices in Singapore. No platform could claim the same if he stayed off them.

What he didn’t see coming, was how willing e-commerce platforms were to severely undercut him by offering huge discounts, even extra incentives for sellers, all in the name of attracting new buyers and higher sales numbers.

By the time he realised that platforms were unavoidable, damage had been done. A couple of major competitors had jumped onboard, and were coolly profiting from the platforms’ marketing efforts.

Today, Qisahn is on all three of Singapore’s major e-commerce platforms. He acknowledges that one of the greatest strengths of platforms is lending legitimacy to sellers, particularly less established underdogs, while greatly simplifying the selling process. The aggressive customer acquisition tactics that nearly broke Qisahn’s market lead also counted for something – being on a platform automatically means tapping into its massive base of buyers.

While customers from other platforms have very similar profiles and tastes to those who frequent their storefronts, Qishan shares that buyers on Qoo10 tend towards more family-friendly products, which figures, considering the high amount of parents who frequent the platform for their kids’ necessities. He cites this as one of the main reasons why he enjoys the relationship with Qoo10 – items that don’t sell on their site or other platforms may instead perform well on Qoo10.

In 2018, the store sold an unusually high number of Xbox One gaming consoles via Qoo10. The reason turned out to be the free game that everyone loved to hate – Fortnite. With the game playable across PC, console, and mobile platforms, kids yearned to play the game on a bigger screen, and friendlier controls than a phone’s tiny touch screen. Parents who didn’t see the point of getting a gaming PC for their kids (costing hundreds of dollars and often in excess of $1,000) were more willing to part with less than $300 for a machine that would allow their kids to play Fortnite, along with more than 80% of game titles in the market. Consoles also made it easier for parents to control their kids’ recreational time, while closely supervising their online interactions.

A general observation about gamers that breaks the trends seen on platforms is their high preference for picking up their purchases in-store. On Qoo10, where affordable and fast delivery services are readily available via Qxpress, Qishan estimates that “a good 70% opt for pick up”. Even on platforms that force sellers to offer free delivery options, half its buyers opt for store pick up anyway. When gamers have been waiting for a new game or console for months, it seems that ain’t nobody got time for deliveries, free or nah. It certainly doesn’t hurt either that Qisahn is located just a few minutes’ walk away from Orchard MRT.

Qishan also candidly shared about certain things that marketplaces aren’t equipped to do for game retailers, such as collecting a 50% pre-order deposit for a game title that will only arrive many months later. There are also policies they don’t agree with, but abide by anyway for the sake of selling on those platforms – like item returns.

“In fashion, returns are understandable. But in gaming, FIFA ’19 is FIFA ’19. Don’t come back to us to say that it’s not what you expected,” says Qishan, exasperated at the mere thought of it. “I’m only making so little profit, I can’t sustain returns like these.”

With online channels though, Qishan appreciates the flexibility to still be able to Google for answers, or delay shipping by 24 hours while quickly retrieving more stock from their distributor. In comparison, interactions in the store are “instant” moments. Staff responding to queries cannot check the internet for answers (without looking inept), or get the customer to wait around while they attempt to contact suppliers for more stock. Between this and the business’ thin profit margins, it should come as no surprise that Qishan places great emphasis on maintaining water-tight control over the store’s inventories and stocks, to have as little surplus or shortage as possible.

Still, it seems that even the most prudent management can only delay the inevitable for businesses like Qisahn.

Making your own future

“There may come a day when the video game retail industry is like the music industry,” Qishan mused, referring to how online channels have become the primary method of music sale and distribution. “We are not trying to fight the trend. Instead, we look at how we can gracefully exit or reduce our operations – not just yet – but it’s something that’s always on our minds. When that exit comes, what do we do next?”

With their experience and expertise, Qisahn is at least one step ahead of its peers in futureproofing themselves. Over the last two years, Qishan has spent much of his hard-earned resources developing a subscription-based software, Possum, for e-commerce sellers to manage their inventory and listings across multiple platforms via a single admin panel. While his team is kept busy these days just trying to keep up with the platforms’ constant API changes, Qishan hopes to eventually expand the service to help e-commerce sellers in other Southeast Asian markets.

He also runs a consultancy side business, which has primarily gathered a clientele of electronics retailers, just because his team already understands the intricacies of being a tech retailer. This lets them quickly move on to advise on deeper business problems, rather than having to first understand how their client’s business works.

“So,” I ask to conclude the interview, “what is the biggest mistake you made in the past, or saw someone else make?”

I see Qishan flicking through his mind palace as he takes time to distill more than 11 years in the business.

“A lot of businesses starting out, begin by lowering prices and taking some losses, in order to corner market share,” he begins. “Mainly because they saw how Lazada did it, and succeeded.”

“Step two is to build competitive advantage, but they don’t plan for it early enough. And they reach a stage where they never did figure out how to build that advantage.”

I wonder if I heard him correctly. I’m pretty sure I had disbelief written all over my face.

“You’re telling me people just lose money first, with no plan after that?”

“Yup. Or think ‘we lose money, we raise money’. But even when you start raising money, investors will ask what your competitive advantage is. And they’ll give their answers, but investors aren’t really convinced.”

“Especially in games retail, because that’s what I follow the most.”

And there you have it folks. How to win the battle, but lose the war. 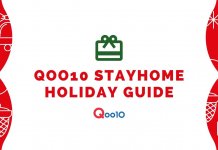 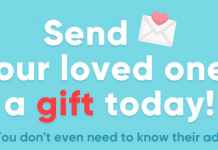 Send your loved ones a Gift today! 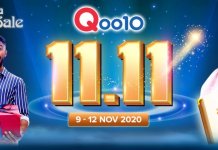 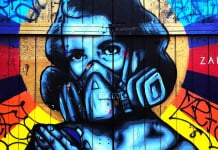 A guide to locking airborne infections out of your life 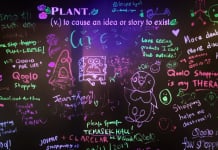 Thank you for joining us at Artbox Singapore 2019!